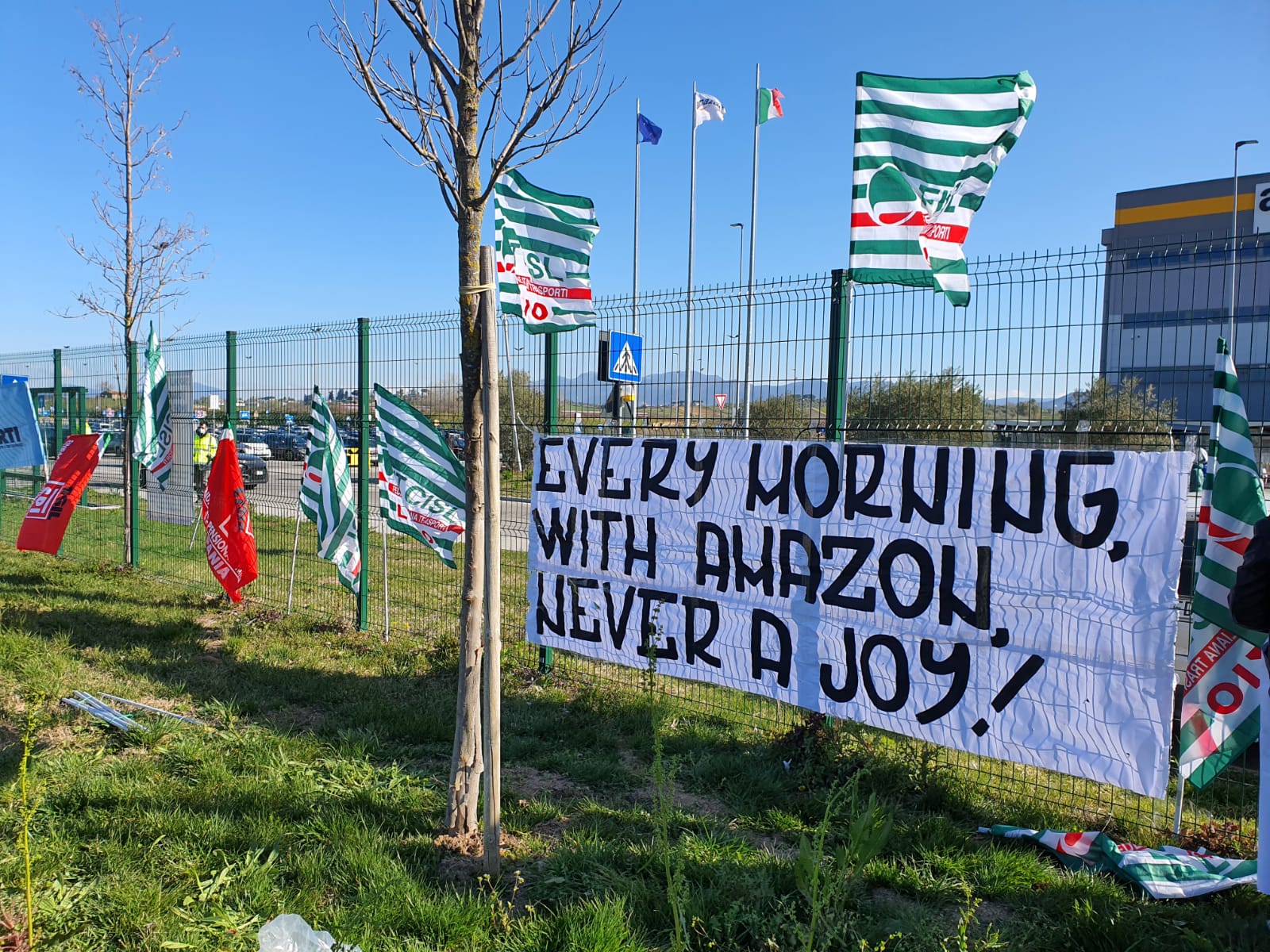 “A few years ago, the forecourt in front of the Amazon plant in Passo Corese was inaccessible to the Union. Having been last week in the presidium in front of the site with our flags, as part of the national strike, therefore assumes a ‘historical’ value”.

“As far as we are concerned, we will not stop until the myth of ‘false modernity’, according to which an algorithm developed in Barcelona decides the working pace of people, is overcome”.

“’Innovation’  is not a simple technological application, but a combination of rights and new frontiers of work”.

This is what the General Secretary of the Fit-Cisl Lazio, Marino Masucci, has declared after the Unitary Presidium of Amazon workers in Passo Corese.

“From the work rates to the stabilization of the precarious, passing through the shift and the excessive working loads for the drivers, there are many issues on which to open a dialogue with the company”.

“It is necessary to understand that intermediation is not a ‘vintage’ concept, on the contrary, the real power is in unity”.

”At the same time that in the Amazon factory in Bessemer USA, they start to talk about the corporate attitude towards the social partners, the court of Rieti has confirmed the anti-union conduct of Amazon at Passo Corese in not recognizing one of our union rep.”

“Worker per worker, plant per plant, an international solidarity network must be create to build alternatives to the current lack of dialogue”

”Workers cannot be ‘squeezed like lemons’, without their demands and needs being heard: there is nothing modern about it”.

This website uses cookies to improve your experience while you navigate through the website. Out of these, the cookies that are categorized as necessary are stored on your browser as they are essential for the working of basic functionalities of the website. We also use third-party cookies that help us analyze and understand how you use this website. These cookies will be stored in your browser only with your consent. You also have the option to opt-out of these cookies. But opting out of some of these cookies may affect your browsing experience.
Necessary Sempre abilitato
Necessary cookies are absolutely essential for the website to function properly. These cookies ensure basic functionalities and security features of the website, anonymously.
Functional
Functional cookies help to perform certain functionalities like sharing the content of the website on social media platforms, collect feedbacks, and other third-party features.
Performance
Performance cookies are used to understand and analyze the key performance indexes of the website which helps in delivering a better user experience for the visitors.
Analytics
Analytical cookies are used to understand how visitors interact with the website. These cookies help provide information on metrics the number of visitors, bounce rate, traffic source, etc.
Advertisement
Advertisement cookies are used to provide visitors with relevant ads and marketing campaigns. These cookies track visitors across websites and collect information to provide customized ads.
Others
Other uncategorized cookies are those that are being analyzed and have not been classified into a category as yet.
ACCETTA E SALVA
Powered by